An elephant plays a very important role in their environment like an ostrich eats insects whenever a elephant is walking the insects annoy him.

The boss of the elephants are the mum.

The baby elephants have big floppy ears for them to cool them down. The tusks are for the elephants to dig up dirt and sand to find water for them to drink. An elephant's enemy is the crocodile.
Posted by spxroom4 on November 30, 2010 1 comment:

Email ThisBlogThis!Share to TwitterShare to FacebookShare to Pinterest
Labels: Eden

A baby elephant feeds on his mother's milk for four years.

Most elephants die when they are 15, only a fifth reach 30.

An elephant is the largest living land animal but the blue whale is the biggest ever.

Elephants live in herds, a herd is lead by the oldest female who is called a matriarch.

An African elephant is by far larger than the Asian elephant.

Elephants live in the Savannah and forests.
Posted by spxroom4 on November 30, 2010 1 comment:

Email ThisBlogThis!Share to TwitterShare to FacebookShare to Pinterest
Labels: Ana

My sad time was when my nextdoor neighbour died.My nextdoor neighbour collapsed at the shop.My family helped everyone to calm down.They said that it was ok and said that our nextdoor neighbour would be alright.I got over it because I forgot but then they shifted. But I still think about the good times when she was alive.The thing that made me sad was that the nextdoors were singing a song for her and it was so sweet. The next morning we gave flowers to them because she died at the hospital.
Posted by spxroom4 on November 30, 2010 1 comment:

Email ThisBlogThis!Share to TwitterShare to FacebookShare to Pinterest
Labels: Eden

Email ThisBlogThis!Share to TwitterShare to FacebookShare to Pinterest
Labels: Sonya 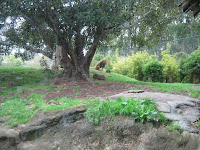 King of the Savannah

Who is Visiting this Blog

We've got the Beat