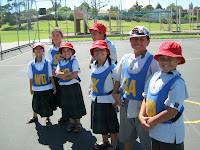 Email ThisBlogThis!Share to TwitterShare to FacebookShare to Pinterest
Labels: Albert 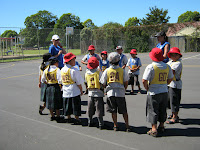 After lunch time Room 4 lined up at our line and got our drink bottles. Room 4 and I went to the tennis courts because we were going to do NETBALL with Julie and Emma, they were our instructors.
Meanwhile we all went into 3'ws and played a game. Later on we went and sat in the shade. Julie put us into two groups, one was going to play REAL NETBALL and another was going to play games with Emma.
After that my group was going to play relays. I had lots of fun. Later on some people swapped, I did. When we were playing I tried to catch the ball, so I could throw it to Annalise, but I couldn't because I kept dropping the ball.
Later on it was home time. I felt very tired, sweaty and happy because we played real netball ...and I was sad because it was our last session.
Posted by spxroom4 on March 21, 2011 2 comments:

Email ThisBlogThis!Share to TwitterShare to FacebookShare to Pinterest
Labels: Alecia

A FUN DAY AT NETBALL 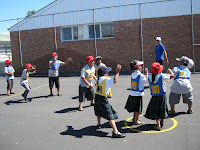 On Tuesday afternoon Room 4 lined up and went to the tennis courts to play netball. When we got there we saw Emma and Julie getting ready for us.

After that we put our water bottles against the fence. Then Room4 lined up and listened to Emma and Julie.The first thing we did was play a fun activty so we got into 3's.

Next we played real netball. I was the goal shooter.Then Seuati passed the ball to me and I was trying to get a goal so I stepped back and gave it a shot, so I looked really carefully and our team got a score.

Next we went back to class to get ready for home time. I was so happy because I got my first goal.
Posted by spxroom4 on March 21, 2011 2 comments:

Email ThisBlogThis!Share to TwitterShare to FacebookShare to Pinterest
Labels: Rosrine 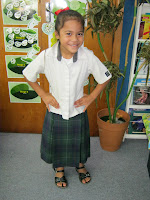 I walked to the street and some people walked past me. I walked past too and talked to the people. Then it was night time and I went home.
Posted by spxroom4 on March 16, 2011 2 comments:

Email ThisBlogThis!Share to TwitterShare to FacebookShare to Pinterest
Labels: Ma'ata 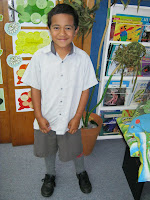 Email ThisBlogThis!Share to TwitterShare to FacebookShare to Pinterest
Labels: Justin-Tyler


At my Aunty's house it was her birthday. My brother and I went to my favourite cake in the kitchen and it tasted YUM! There was cream at the top on the cake . My Aunty got angry and me and my brother ran outside, running all over the place.

My Aunty got angry when the cream was not on the cake.

We went to pop the pinata out side. We hung the line at the tree and it fell down. The prize was some lollipops.Also some biscuits.We all felt happy because my Aunty got angry.
Posted by spxroom4 on March 10, 2011 1 comment:

Email ThisBlogThis!Share to TwitterShare to FacebookShare to Pinterest
Labels: Joshua

Room 4 and their Kites 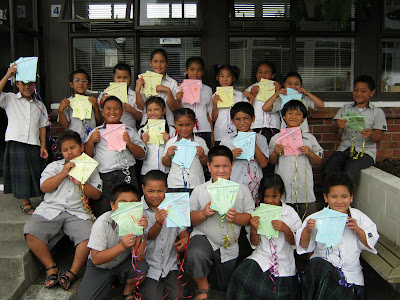 Email ThisBlogThis!Share to TwitterShare to FacebookShare to Pinterest
Labels: Room 4

On Monday morning Mrs Pole told us to go straight to our desks. When we got to our desks we saw a question mark on the board. We thought Hmmm, what could that be? A super surprise. Next Mrs Pole told us to put our heads down on our desks. When we put our heads down we saw something in front of us. Ezra said it was a kite. After that Mrs Pole said we had to go and sit on the mat so she could explain it to us. She put up her kite. It looked magnificent. Then we went to our desks and decorated the kites with Jovi's. When we had finished Mrs Pole and Miss Ana attached the string to our kites. When we had finished doing that we went outside to fly our kites but first we took a photo of us with our kites. We went to fly the kites in the tennis court. We went round and round the courts. J.T's one was flying in the sky. Then we went to the field to fly our kites. So we ran as fast as we could. We looked behind. Our kites were up in the sky. So we ran up the hill and back down to the courts. We ran around again and we stopped. The rain came down but we were still flying our kites. After that we went back to the classroom and ate our lunch. I was so happy.

Who is Visiting this Blog

We've got the Beat